Founder and Chief Executive Officer of AirTrunk, Robin Khuda, said: “It’s an exciting day as we circle back to Western Sydney where it all began for AirTrunk when we launched our flagship SYD1 data centre in late 2017. With SYD1 nearing full capacity, SYD3’s location less than one kilometre away, will help our major technology customers scale with ease and creates synergies and efficiencies between the connected campuses.”

SYD3 will include nine phases set across 8.3 hectares (20.5 acres) delivering 320+ MW of IT load and will be powered by a 132KV onsite substation. Like AirTrunk’s other data centres, SYD3 is designed to an industry-low power usage effectiveness (PUE) of 1.15 and will utilise approximately 80% less water than a traditional data centre. It will feature a range of innovations during design, construction, and operation to deliver efficiencies and minimise carbon impact for customers and communities.

The data centre will bring a new multi-billion-dollar investment into the State of New South Wales (NSW) and will create hundreds of new jobs in Western Sydney during both the construction and operational phases.

SYD3 brings AirTrunk’s Asia-Pacific platform to a total of seven hyperscale data centres (including four in Australia) with a total capacity of more than a gigawatt (GW), providing a connected, secure, efficient, and sustainable home for the cloud across the region.

Since pioneering hyperscale data centres in Asia Pacific with the launch of its first data centres in Sydney and Melbourne in late 2017, AirTrunk has strategically expanded into key markets across Asia including Singapore, Hong Kong, and Tokyo. Earlier this year, it launched a new region in Sydney’s north to enable further cloud growth for customers in Sydney, one of the top 10 cloud markets globally.

Each data centre has been anchored by major cloud service provider (CSP) customers and AirTrunk now supports major CSPs in multiple data centres in key markets, offering a seamless platform for customers across the region. The company has built a strong reputation with customers for safety, quality, on-time delivery, cost efficiency and operational excellence backed by a world-class team. 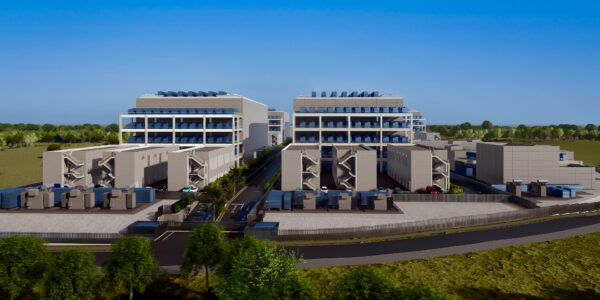